Heart of Texas House of Prayer

PSALMS 139:15-17 | HIS MASTERPIECES
We've been encouraged within our local community as we've hosted these monthly 24-Hour Prayer events over the past several months, and we want to extend the invitation for anyone wanting to lock arms with us in praying for our families, churches, cities unto the ends of the earth.
The past few weeks, I felt strongly the need to connect with God's heart in praying for the next generation (Millennials, Gen Z and beyond).
Hey friends! Here is a raw audio version of a song recorded on a voice memo that mostly began spontaneously during a prayer meeting that I wanted to share with you. It’s about loving Jesus through the pain. Let me know if you guys enjoy these raw audio versions! -Nick 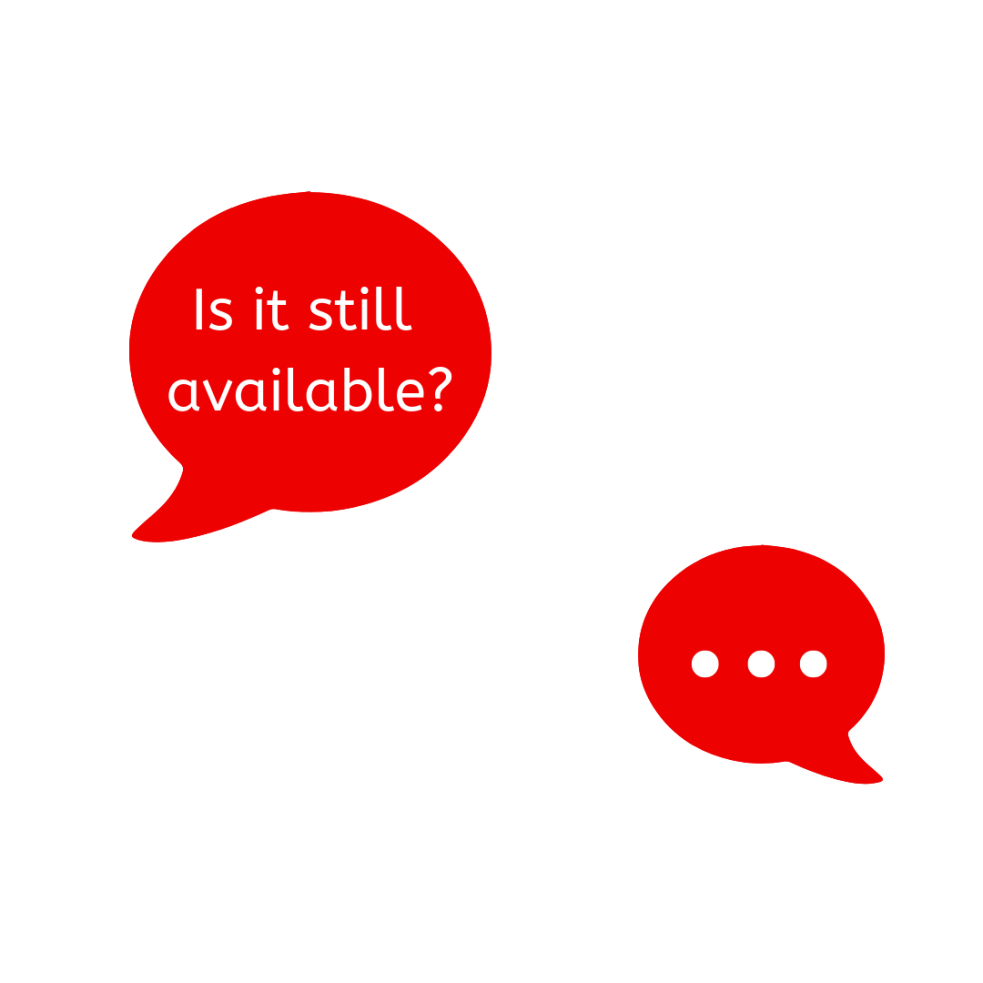 THE KINSMAN’S RIGHT OF REDEMPTION

Have you ever paid for something that you didn’t receive? When something is rightfully owed to us, we expect to receive it, especially when it’s something of great value. In the Old Testament, God had put a law in place for the children of Israel regarding a kinsman’s right of redemption by purchase that said,

“If your brother becomes poor and sells part of his property, then his nearest redeemer shall come and redeem what his brother has sold.” (Lev. 25:25)

We see this statute applied in the Book of Ruth and also in the Book of Jeremiah when the Lord commanded him to purchase a field from his cousin as a prophetic act concerning the promise that the people of God would once again inhabit the land.

“Buy my field that is at Anathoth, for the right of redemption by purchase is yours.” (Jer. 32:7)

And I bought the field at Anathoth from Hanamel my cousin, and weighed out the money to him, seventeen shekels of silver. I signed the deed, sealed it, got witnesses, and weighed the money on scales. (Jer. 32:9-10)

The investment didn’t make sense. Who would purchase property in a land that was about to be taken over by another nation? I believe this was a prophetic declaration not only about the Jews returning from exile, but also the worldwide redemption that would be brought about through Jesus. The Lord is so committed to His people in that He was willing to “buy the field” at full price even knowing it would soon sit in enemy territory. The Scriptures say we have been redeemed not with money or good conduct, but with the precious blood of Christ, who was the Lamb slain from before the foundation of the world (1 Pet. 1:18-21; Rev. 5:9)! He knew sin would have its reign over humanity, yet He still made up His mind that He would pay the price for our redemption. Though we are poor, He became our kinsman to purchase what we could not afford, giving His life as payment, signing the deed by being buried and making it official before many witnesses, weighing the money on scales and fulfilling all justice and righteousness. He did this to set in place His new covenant with His people, who through His resurrection can become rich earthen vessels by faith, carrying His gospel to the nations (2 Cor. 4:7).

“The kingdom of heaven is like a treasure hidden in a field, which a man found and covered up. Then in his joy he goes and sells all that he has and buys the field.” (Matt. 13:44)

“But we have this treasure in earthen vessels, that the excellence of the power may be of God and not of us.” (2 Cor. 4:7)

WORTHY IS THE LAMB WHO WAS SLAIN

Jesus was willing to redeem us, but He is also the only One able to redeem us. Sinless blood was the only currency that would be accepted on the scales of divine justice; therefore, the sacrifice for our sins had to be perfect, it had to have the divine power and authority to overcome death while bearing the full wrath of God, and yet it had to be able to bleed (Heb. 9:22). As the Apostle John looked around the throne of God, he wept as he saw that there was no one in heaven or on earth or under the earth that was able to open the scroll. He realized there was no one found worthy, until the announcement was made: “Do not weep. Behold, the Lion of the tribe of Judah, the Root of David, has prevailed to open the scroll…” (Rev. 5:5). Then he looked and saw the Lamb as though it had been slain (v. 6).

“You are worthy to take the scroll, And to open its seals; For You were slain, And have redeemed us to God by Your blood Out of every tribe and tongue and people and nation…” (Rev. 5:9)

Jesus is the only way to salvation because He was the only one qualified to pay our debt. Even if the best of humanity tried to pay for the sins of the world, it would be like trying to pay off a fifty trillion dollar debt with a shekel of silver or some other irrelevant currency. He alone paid the debt that He might receive anyone who believes on Him into His everlasting kingdom, yet the question still remains, “Are you still for sale?”

THE REWARD OF HIS SUFFERING

If you’ve tried to sell anything on a social media marketplace, ebay or some sort of selling app, often times you’ll have people send you the automated message: “Is it still available?”  In my experience, many of these people still send me this message, even though they have no interest in paying for the item I am selling. Unless I mark the item as sold, I’ll still get these messages. I feel this is what happens to many believers, though we belong to another, we still get bombarded with this question, “Are you still available?” The enemy throws many voices our way that demand our attention, affection and allegience, even though he has no intention (or ability) of paying for it. Sin will always make us an offer of happiness and pleasure, but it can never pay up, yet we still put ourselves on the Devil’s marketplace. Until you are sold out for Christ, you will always be for sale. Jesus paid full price for you and for me. He didn’t try to cut corners. He didn’t just take a bullet for you, He suffered for you. He lost loved ones, He was betrayed, rejected, mocked and exploited. Every lash He took, every thorn plunged into His head, every nail that pierced Him, even to His final breath, it was to pay for you.

“For you were bought at a price; therefore glorify God in your body and in your spirit, which are God’s.” (1 Cor 6:20)

Jesus promised to send the Holy Spirit as the down payment to all who would respond to His offer, and He never puts down payments on houses that He’s not going to buy. If you receive Him by faith and set your heart to love Him, He will finish what He started. He’s in it for the long-term. He wants us to know that our worth was determined long before we could do anything to alter it. We may see our “house” and others as cheap real estate, with no redeemable qualities, but there is no house He cannot flip into something worthy to fill the streets of His kingdom. He’s not intimidated by our mess. Still, He won’t do our part, and we can’t do His part. The Holy Spirit comes into our life like a wrecking ball (fire, wind, water) in order to tear down strongholds of sin and kick down our walls of religious mediocrity. He comes to break us down, so He can build us up on a firm foundation. There is no law or requirement that can restrain or produce what the Spirit produces in us when we let Him go to work. When we walk in Him (Gal. 5:23).

For all the promises of God in Him are Yes, and in Him Amen, to the glory of God through us. Now He who establishes us with you in Christ and has anointed us in God, who also has sealed us and given us the Spirit in our hearts as a guarantee. (2 Cor. 1:20-22)

In Him you also trusted, after you heard the word of truth, the gospel of your salvation; in whom also, having believed, you were sealed with the Holy Spirit of promise, who is the guarantee of our inheritance until the redemption of the purchased possession, to the praise of His glory. (Eph. 1:13-14)

All who are in Christ have become a new creation. We’ve been given new blueprints. What He has paid for in the spirit, has yet to be fully completed or realized in the physical. Though sin has reigned over the land, the Son has exercised His right of redemption by purchase, and He will reign until every enemy is put under His feet, until death is no more (1 Cor. 15:25-26). We don’t have to let sin reign over us anymore, and now Christ invites us to partner with Him as His fellow workers spreading the good news of redemption and helping to build up His house. I am no longer for sale, and my response is this, “I am Yours and You are mine. Here I am, Lord, send me.”

“For we are God’s fellow workers. You are God’s field, God’s building. According to the grace of God given to me, like a skilled master builder I laid a foundation, and someone else is building upon it. Let each one take care how he builds upon it. (1 Cor. 3:9-10)

“As you come to him, a living stone rejected by men but in the sight of God chosen and precious, you yourselves like living stones are being built up as a spiritual house, to be a holy priesthood, to offer spiritual sacrifices acceptable to God through Jesus Christ.” (1 Pet. 2:1-5)